Go back in time for a minute to a musty garage somewhere in Mountain View, California. There sits a young man of 21, designing the very first machine in a box later known as the first Apple Computer. Jobs discovered computer building when he was trying to decide what he wanted to do with his life. Once he connected with computers, he knew he had found his calling.

Even Jobs and his friend, Steve Wozniak, a few years his senior, could not have imagined what the world would be in their future once they were able to get their invention noticed by the world of technology. In fact, though they knew they were onto something big, they were surprised to see hundreds of people flood the expo center on the day they introduced their new device. And they had done it all with their own hands.

Long before the Internet was even invented, Steve Jobs and others such as Bill Gates, who knew how to negotiate deals even before he had the technology in his hands, were shaking up the IT world in a big way. 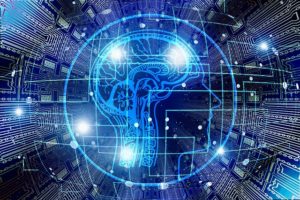 Jobs was often quoted later as to saying, “There is a quantum leap between a great idea and a marketable product.” Jobs understood that there was much an inventor had to do once they started creating their gadget. Then the long process of tweaking the engineering aspects so that it was of the highest quality possible began. This would be followed by minute additions that were added to the mother board and all of the peripherals, wires, and add-ons had to be inseted and soldered on correctly so that they would not malfunction.

Once this step was completed, the creator had to let go of their invention and pass it on to some engineering expert who could further test their product and manufacture it to the waiting public. There’s the rub, as Hamlet might have said. Getting your vision to a product and then getting that product to the point of manufacturing it on a mass level is a difficult process. You need experts to help.

The world of IT has changed a great deal since the days of Steve Jobs. However, the level of expertise, engineering power, and high tech skill has not changed since those early days in Jobs’s family garage. It still requires a number of components, specialized people, and experts to bring it altogether in a way that would appeal to the average shopper.

Bringing it all together is where we come in at MJS Designs. Just like Steve Jobs and Steve Wozniak, and all of the ambitious-eyed inventors that came after them, the process has not changed that much.

The steps involved in creating the best machine involve a long highly specialized process that looks something like this:

The engineering process includes a great number of skills and ability to go from a concept idea to a marketable product. To do this right, you need a whole team of efficient and motivation driven people who know their craft who understand all the things that can go wrong during the process.

Lean UX requires that mistakes are made at the front end so that they can be corrected before they are mass produced. If a bad mistake or oversight makes it to the production line, it is too late to save the money that will be lost due to this error. That’s why MJS Designs can help you get a heads up on potential engineering problems before they happen.

Gathering and obtaining the best materials for the job is one of the most important aspects of building an IT product. Whether it be a computer, a laptop, tablet or other technology item, using top quality materials is important in order to produce a pristine product.

We understand your concern regarding the use of raw materials and we use only the best so that you know you’re getting a quality product in the end. Further, the process of procuring these materials is a long tedious one and can be expensive and it is just easier to hire a professional who is connected to the people in house who can create these raw materials.

PCB board assembly requires a high level of technical skill and expertise in both the engineering and creative processes. Our staff of capable engineering and creative team experts work together as one unit to create your PCB boards. we demand quality of ourselves so that the products that we put out will be of the best quality to our customers. Board Assembly is at the heart of IT production and creation of your original product. We can take your idea and make it real by creating the product that you envision in half the time. 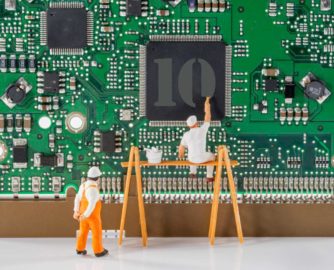 PCB Assembly – From Start to Finish

How Is a PCB Made?

PCB Design for Every Need