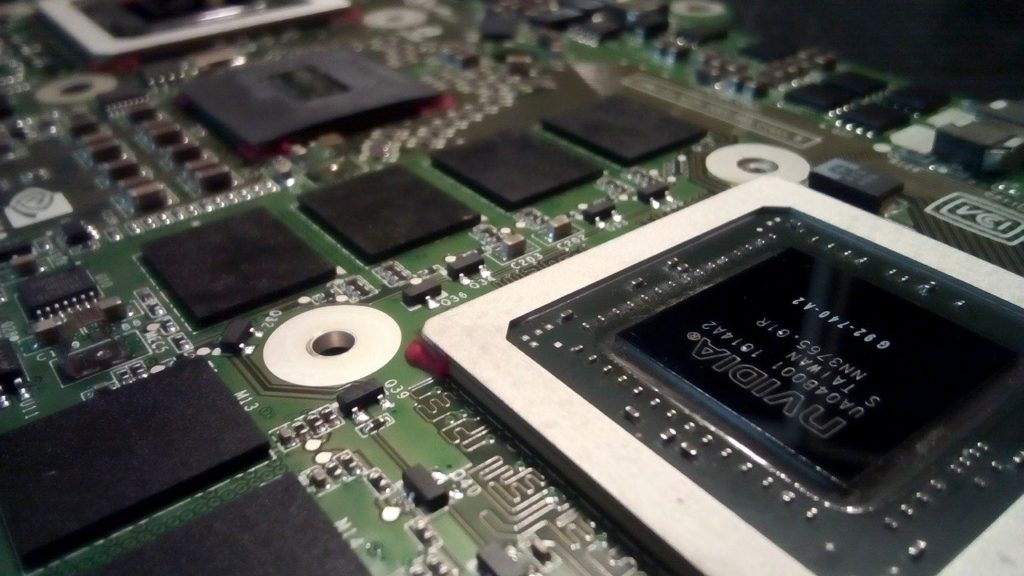 A circuit board designer first uses special CAD software to design the circuit board. Once the design is created, the template is exported and examined to determine key details, such as hole size and spacing, board edge spacing and track width. It is then double-checked to ensure it meets the factory’s minimum requirements before being manufactured.

Once everything is approved, preprinting begins. PCBs are printed on a special printer called a Plotter, which makes films of the template it’s about to print. It first creates a plastic sheet with a negative of the design, then develops it. Each layer of the board and the solder mask gets its own film, all of which must correspond with each other precisely. To ensure the films all line up, one or more holes is punched through them. 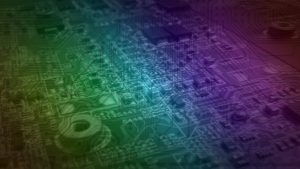 This step is for PCBs that have more than two layers. The film created in the previous step is a sort of map for what the copper layer should look like. The copper is bonded to the substrate board beforehand, then cut away to match the pattern on the film. After that, it’s thoroughly cleaned to eliminate debris, so it will not affect the board. The copper then gets a layer of a special film called photo resist to protect it, then it’s washed and dried again. It’s then inspected for defects by a technician.

Even after the rigorous prior cleaning, there is usually still some copper that needs to be removed. This is done by putting the PCB into a special copper solvent that removes any leftover copper. After that, the board goes into another solvent to remove the photo resist applied earlier.

There are two steps to the bonding process: layering up and bonding. In essence, the layers are stacked and then bonded together, but they first need additional materials to bond properly. There are a few more layers applied to aid the bonding process: layers of fiberglass pre-impregnated with epoxy on top, and copper foil, which has the copper trace etchings, on the top and bottom of the substrate layer. The layers are all placed together on a special table with clamps in a specific order, then a computer handles the bonding process. When it’s complete, a technician removes the PCB for the next step.

Holes are drilled into the board to accommodate components that will be added later. The holes must be drilled precisely, so they are made with special drills that typically measure between 100 and 150 microns in diameter. A special x-ray machine helps to determine where holes should be drilled, then registration holes are made to secure the board for additional drilling. Before drilling starts, the board is buffed to remove debris and prevent tearing. A computer-guided drill system takes care of the rest.

Next comes a copper coating, which happens after the board is cleaned and soaked in a series of chemical baths. These baths deposit a one-micron thick layer of copper into the newly made holes to cover them. Afterwards, a new layer of photo resist is added. This time, the process is different: the outer layers are imaged with the PCB’s design. The board is taken into a sterile room, where the photo resist is applied. UV light is then applied to the photo resist to harden it, and anything not hardened is cleaned off.

The board is electroplated with another thin layer of copper, with the photo resist protecting everything that does not need to be coated. It is then coated with a thin layer of tin, which guards the parts of the panel that need to stay covered with copper during etching. Exposed copper, and any copper beneath the photo resist layer, are removed and the rest is kept as the board’s connections and conducting areas.

The next step is to apply the solder mask. Before it’s applied, both sides of the board are cleaned and given epoxy solder mask ink. The boards are then exposed to UV light, through the solder mask’s photo film. Anything not hardened is removed, and the board is then baked in a special oven. When it comes out, the board is plated with gold or silver to aid any additional soldering. A surface finish may also be applied, depending on what customers ask for. Last comes the silkscreen labeling, one last coat and a final curing.

Before the board can truly be considered done, it has to be given one last test to ensure it works. How a test is done differs, but there are two types of testing that can be done to a PCB. After tests are complete, the board is cut from its panel. This can either be done with a router or a v-groove. With that, the process is complete.

PCB Assembly – From Start to Finish 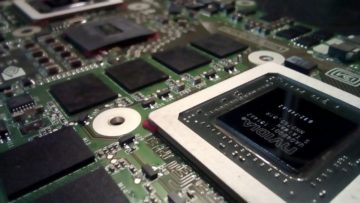 How Is a PCB Made?

PCB Design for Every Need